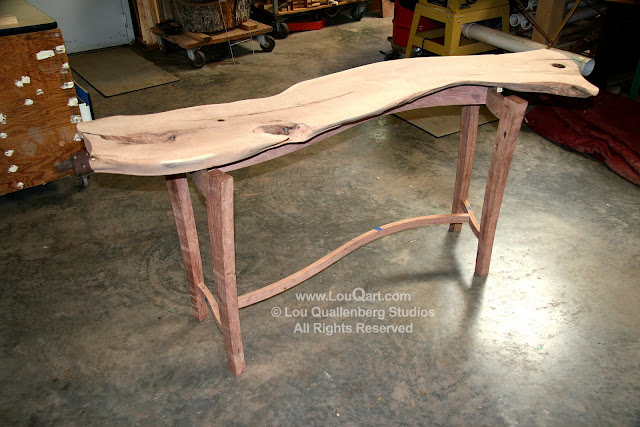 Lou Quallenberg and Lou Quallenberg Studios stands for quality and we will not rush a project or compromise on quality. While our materials may cost more and the work may take longer, in the end it is worth it. We hope that the value is evident but there are some folks that just don't "get it." He has a few wood working friends that don't understand why he tortures himself with the compound curves, laminated curves and the extreme sanding and finishing.  They don't understand that he is pouring his heart and soul into the piece and that when he is finished a part of him will be fused forever with the piece in a concept the Japanese call "takumi" (also meaning artisan or hand made.)  These same folks also don't understand why he bothers to finish off the bottom of the piece as completely as the top and they REALLY don't understand how he can charge what he charges for a piece. Again they just don't "get it", but we do and we know our clients and future clients do as well.....
Posted by www.LouQart.com at 5:00 PM